Samsung just unleashed the new Samsung Galaxy Note9 a fe weeks back. I must admit, Ihave not been able to test the phone for over a few minutes, but I have read the reviews.

This post is about the Samsung Galaxy Note9 in brief, and it is a combination of several other reviews which I have read.

The Samsung Galaxy Note9 is a beast when it comes to hardware. There’s four things that I look at namely the internal memory, the RAM, the battery and last but not least the rear camera.

Below are the general specifications of the Samsung Galaxy Note9:

Like most smartphones these days, the Galaxy Note9 support quickcharge, Bluetooth, wav and 4G+.

It also comes with facial recognition and a finger print scanner on the rear. Corning Gorilla Glass 5 wraps the phone nicely to make it water and dust proof.

I watched a review by Mrwhosetheboss who compared three phones; the Note9, the Google Pixel 2 XL and the Samsung Galaxy S9+ and my review would be based on what he said and also what I read in Lowyat.net.

According to Mrwhosetheboss, the Note9 and Galaxy S9+ aren’t far apart and photos he took below do back-up his argument. However, he noted that despite the refined camera owned by the Note9, Google’s Pixel 2 XL was still the better phone when it comes to photography.  Both the Note9 and Samsung Galaxy S9 however did better in the selfie department. The video of the review can be seen below.

PCWorld compared the Samsung Galaxy Note9 with four other competitor namely the Huawei P20 Pro, Oppo Find X and the HTC U12+.

The results are quite stunning with the Huawei P20 Pro doing significantly well with its Artificial Intelligence (AI) switched on as you can see below. The Huawei P20 Pro again scored better when its AI was switched on in portrait mode compared to the rest, putting the other phones including the Note9 significantly behind.

In terms of texture, the Huawei P20 Pro again scored better. I screen-capped the results below. Eventually, the Huawei P20 Pro was chosen to have the best camera ahead of all the rest. If you want to see other test comparison between the four phone, watch the video below.

The video also gives an insight of video recording and slow-motion recording.

For durability test, I refer to Youtuber JerryRigsEverything.

Based on his durability test, the Samsung Galaxy Note9 is very durable. All components could still be used despite being scratched and dropped although the S-Pen was easy to break. Under fire, the Note9 lasted for a good 15 seconds, more than most phones. The white burn mark also recovered to normal after the test which was very surprising according to JerryRigsEverything.

The bend test also had good results with the phone holding its structure. Check out the full durability test below.

So how about the drop test?

Well, according to GizmoSlipTech, the Note9 is less durable than the Note8, surviving only 4 drops before cracking. You can watch the test video below if you are want to see the test yourself.

ADVANTAGES OF THE SAMSUNG GALAXY NOTE9

The most important one is the S-Pen. No other phone to date has a pen that’s as responsive as the S-Pen and this is the main reason people actually want the Note series by Samsung.

Another huge advantage of the Note9 is the camera. It may not be as good as the Huawei P20 Pro, but it is better than most other flagships. Video making is a huge plus.

Also, there Note9 does come with an earphone jack and is waterproof, so that’s something important to me.

DISADVANTAGES OF THE SAMSUNG GALAXY NOTE9

Price comes in as the number one disadvantage of the Note9. Priced beyond RM3,200, it is no doubt a premium smartphone that would burn a hole in the pocket.

Another disadvantage is its durability. While it does seem to withstand a lot of test, it is rated as being less durable than the Note8.  Getting a case to protect the phone would be essential. Specialize Note9 cases are sold on Lazada from RM4.90.

Last but not least, Samsung tends to install bloatware in their phone and there’s quite a bit in the Note9. Yes, it may not be as much as previous editions, but some apps aren’t exactly needed.

PRICE AND WHERE TO BUY

In Malaysia, the Samsung Galaxy Note 9 is priced at RM3,699.  It is equal to the price of a laptop and the price is premium. The package comes with earphones tuned by AKG, an On-The-Go USB connector and an extra S-Pen tip. 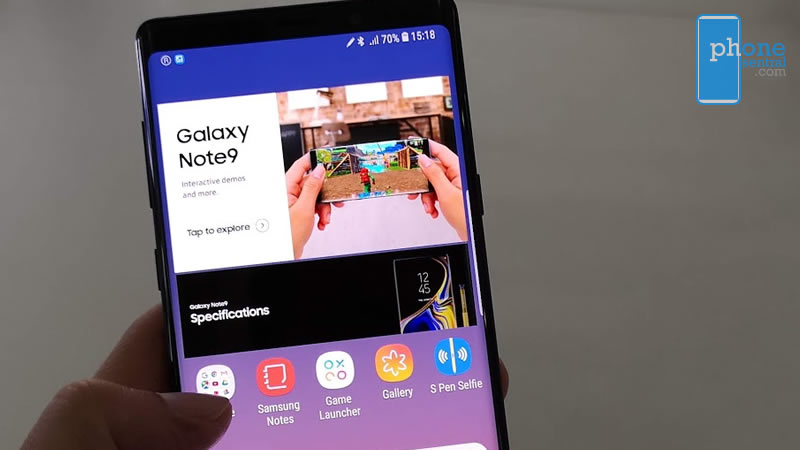 The rest are pretty much standard things – the cable and charger, the ejection pin, the power adapter and the quick start guide.

For cheaper options, 3rd party retailers on Lazada is offering the phone at RM3,499. That’s RM300 cheaper and it comes with the same one year warranty and and box.

The Samsung Galaxy Note9 is a slight upgrade from the Note8.  It is a refined version of the popular series, but I personally feel there’s really nothing to shout about.

If the S-Pen was omitted, the Note9 is very close to the Samsung Galaxy S9+.

Anyway, if you ask me, the Samsung Galaxy Note9 falls into the ‘want to have’ list, which means it is not a necessary upgrade. If you can wouldn’t mind the fingerprint scanner location and the less storage, plus the older processor, get the Note8 which is now only sold below RM3,000 on Lazada.