I had just bought the Samsung Galaxy Note 9.  This means I get to give you a personal review on the phone which is why you are reading this entry.

If you need reviews which include the durability test as well as the camera comparison test, feel free to read the Review of the Samsung Galaxy Note9 I’ve completed some time ago.

This post is more the pros and cons of the phone after I’ve used it for a couple of weeks.

WHAT I LOVE ABOUT THE SAMSUNG GALAXY NOTE 9

Samsung really made quite a phone (or phablet) with the Note9.  Everyone is saying great things about it, and I can see why.

Since I am using it, here’s the top things I like about the Samsung Galaxy Note9.

WHAT’S IN THE BOX

The Note 9 comes with a silicone, and AKG tuned earphone, a charger, and a few other small but equally important items.  I thought the insertion of a silicon case was good because the case provided was good enough to protect the phone from any possible drops or damages while I look out for a case of my preference.  To be honest, the silicone case provided is also quite good.

This is the main difference between the Galaxy Note series and the rest of the smartphones.  The S-Pen allows me to do so much, including draw and play Football Manager.  It’s responsive and it feels exactly like you are using a typical pen.  Editing photos are also easy with the S-Pen. I said a lot of good things about the Huawei P20 Pro camera in my personal review, and I stand by it.  The Samsung Galaxy Note9 camera is not as good as the P20 Pro but do I find the images to be sharp and more realistic.  You can check out the camera comparison in my review of the Note9.

The curved screen makes the phone easy to hold, but the overall body and built of the Note9 is just pretty solid.  While the P20 Pro does feel a bit ‘fragile’, I find the Note9 to feel the opposite.

With my usual use from 5AM, the phone clocks 66% of battery left at 12 noon. It is pretty decent considering I turn on Bluetooth, WiFi and the internet since 5AM.  I’m very sure playing games would decrease the battery life nonetheless. 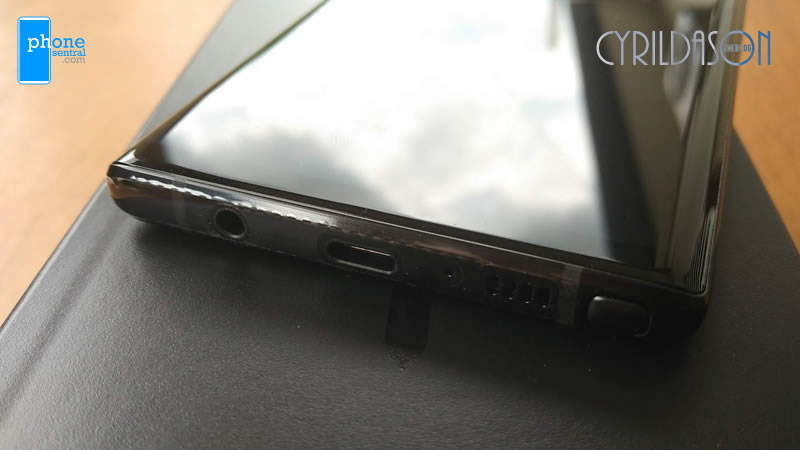 I got used to living without the audio jack when I owned the P20 Pro.  The return of the audio jack in the Samsung Galaxy Note9 is however much welcomed. This means I don’t need to carry the extra Bluetooth receiver anymore. 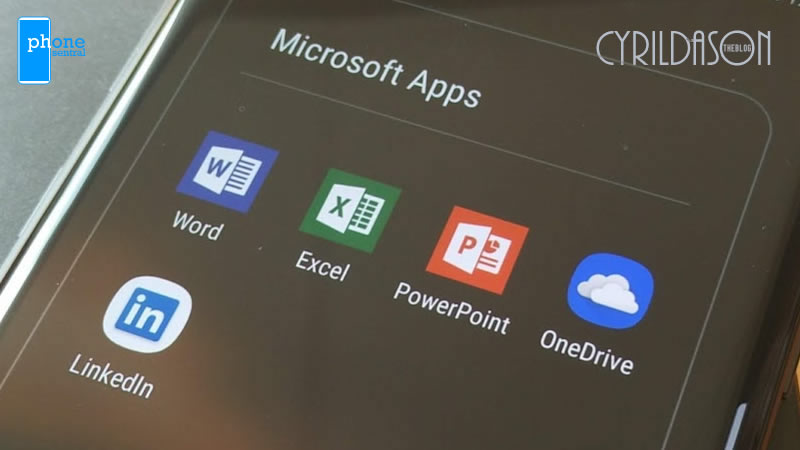 The Samsung Galaxy Note9 is made for work on-the-go so it makes sense when Samsung decided to include a few Microsoft Office Apps in the phone.  I think you could download the apps for free, but having it already included saves me on data transfer quota.

PROBLEMS WITH THE SAMSUNG GALAXY NOTE 9

With the good, comes the bad. These things I’d list out are perhaps small items which one could ignore, but they do annoy me regardless and could be a deal breaker.

Maybe it’s just me, but the charging time for the Galaxy Note9 does seem longer. Yes, I used the official charger, so maybe it’s just me.  Samsung does claim that the phone comes with quick charge ability.

I did mention I loved the inclusion of Microsoft Office in the Galaxy Note9, but I hate the additional apps Samsung included. I found Bixby to rather useless and felt other apps like Samsung Notes, Samsung Health, PenUp to be duplication of what Google already offers.

In addition to the apps included, Samsung’s Android version or software is also less ideal in my opinion. Since I like using stock Android, I fekt Samsung’s version of Android was rather ‘fancy’ for my liking.

As I mentioned above, Bixby is practically useless. Bixby and Google Assistant do the same trick, so I don’t see why I need Bixby.  On top of that, I tend to accidentally hit the Bixby button, prompting activation of the feature, which is really annoying.

I really have to mention this. Priced at RM4,599 for the 8GB/512GB model, the Samsung Galaxy Note9 is anything but cheap.  Thankfully there’s a lot of offers available, like the one which nudged me to buy the Note9.

READ ABOUT WHY I BOUGHT THE SAMSUNG GALAXY NOTE9

Before I owned the Samsung Galaxy Note9, I already had an eye on the phone.  Now that I do own it, I do think that it is worth the hype.

For the past week of using the phone, I have been impressed with its performance which is smooth and really good. The Samsung Android version does annoy me from time to time, but it’s just a small thing really, especially since the phone does support Football Manager Touch – something I’d always dreamed of having.

I would recommend this phone to anyone, if you had cash to spare.